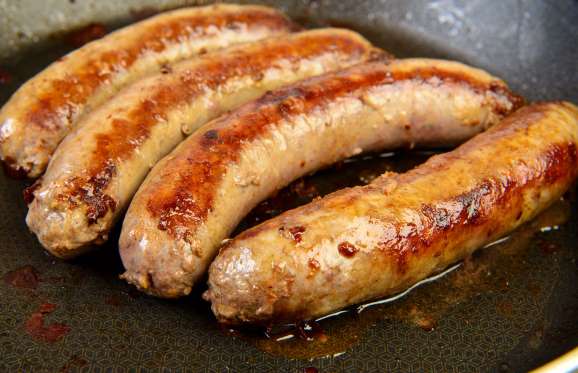 Posted at 13:48h in Sin categoría by IntiNetwork

You may want to reconsider your approach to lunch meat after reading about the downsides to eating processed meats.

“In general, processed meats include a collection of meat that would otherwise be thrown away, but is combined with other typically non-edible products and chemicals to artificially create a palatable mixture,” says Dr. David A. Greuner, MD, surgical director at NYC Surgical.

If you want to see the secret life of the ham and hot dogs you’ve been eating for so many years, keep reading.
Added Sodium
Dr. Rohit Chandra, child and adult psychiatrist at Massachusetts General Hospital-Chelsea and instructor in psychiatry at Harvard Medical School, told us that processed meats often have high levels of sodium. Cutting out processed meats is just one in a slew of great ways to reduce your sodium intake.
Could one sausage equal one cigarette?
The World Health Organization issued a statement in 2015 that claimed processed meats are as bad as smoking regarding carcinogen content. They placed hot dogs, sausages, and other processed meats in the same category of cancer risk as asbestos, alcohol, arsenic, and tobacco. We’d hate to equate any food’s healthiness to that of a cigarette, though. Choose your meat wisely and don’t smoke in order to bolster your own health.
Fat Content
The high fat content of some processed meats like bacon and sausages can be cause for concern. “I would not eat bacon, because it is full of fat and cholesterol, and the nutritional value is very minimal,” says Dr. Omid Javadi, cardiovascular and thoracic surgeon at Good Samaritan Hospital in San Jose, California. “I think bacon is probably one of the worst foods on the planet. People love the taste and it is very palatable because of that fact, but when you look at its content, it is pure fat and cholesterol — and fat is just hanging from it.”
Hormone Injection
The phrase “hormone injection” brings to mind steroid abuse. We’re pretty sure you wouldn’t want to eat a bodybuilder, so it’s safe to assume that you may not be inclined to consume food that’s been injected with hormones. Hot dogs, lunch meat, and even bacon can include meat that’s been tainted with an unnatural hormone-injecting process.
Linked to Diabetes
“CBS News detailed [a] 2010 study by the Harvard School of Public Health, which found that eating bacon, sausage, and hot dogs can increase the risk of… diabetes by 19 percent,” says The Daily Meal special contributor Ryan Glasspiegel. A more recent article published by the American Institute for Cancer Research backs these findings.
Risks To Hearth Health
While reviewing the same 2010 study mentioned in the previous slide, Glasspiegel also noted that eating processed meats can increase the risk of heart disease by 42 percent. Consider some of these heart-healthy foods instead.
Smoked, Salted, Cured, Fermented, or Red
“Scientists from 10 countries agreed that eating processed meats — smoked, salted, cured, fermented, or preserved with chemicals — increases the chances of developing bowel cancer,” according to an article by The Daily Meal special contributor Samantha Neudorf. “They called these foods — which include not only bacon but ham, pastrami, salami, hot dogs, and many sausages — ‘carcinogenic to humans.’ Non-processed red meat, the group said, was also a probable carcinogen.”