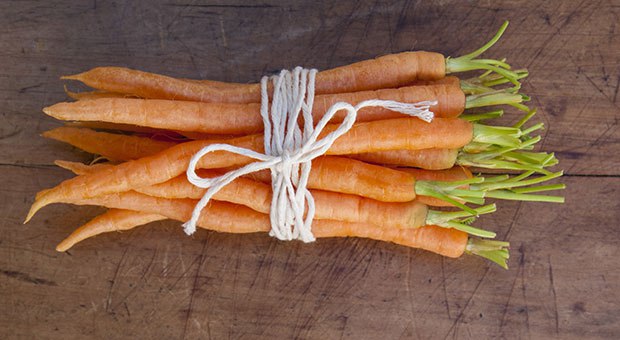 17 Feb Carrots really are good for your eyes, study finds

Posted at 15:31h in Sin categoría by IntiNetwork

Your parents may have told you, “Eat your carrots, they’re good for your eyes,” and a new study suggests they were on to something.

Pigments called carotenoids — which give red or orange hues to carrots, sweet potatoes and orange peppers, or deep greens to produce like spinach, broccoli and kale — may help ward off the age-linked vision ailment known as macular degeneration, researchers said.

While the study can’t prove cause-and-effect, one vision care expert wasn’t surprised by the findings.

“I tell my patients that fruit and vegetable consumption are very important for eye health — this study validates that notion,” said Dr. Paul Bernstein, a professor of ophthalmology and visual sciences at the University of Utah School of Medicine in Salt Lake City.

Age-related macular degeneration (AMD) is one of the most common causes of vision loss, especially in the elderly. It affects the macula, the center part of the retina, and can lead to declines in sharp central vision and even blindness, experts say.

Scientists have already linked a variety of factors to the condition including genetics, smoking and nutrition, said Bernstein, who was not involved in the new study. However, treatment for AMD may be limited depending on the type of macular degeneration that a person develops, he said.

Prior research has produced mixed findings about links between carotenoids and macular degeneration, the researchers said. So, a team led by Joanne (Juan) Wu, a graduate student in nutrition epidemiology at the Harvard School of Public Health in Boston, sought to better understand any connection.

Overall, about 2.5 percent of study participants developed either intermediate or advanced forms of the eye condition during the years of the study.

Wu’s team found that people who consumed the very highest levels of carotenoids known as lutein and zeaxanthin had a 40 percent lower risk of the advanced form of AMD compared to those who ate the very least.

“Other carotenoids, including beta cryptoxanthin, alpha carotene and beta carotene, may also play protective roles,” Wu added. People who consumed the very highest amount of these carotenoids — found in foods such as carrots and sweet potato — had a 25 to 35 percent lower risk of the advanced form of the illness, the findings showed.

Researchers did not find any link between the carotenoids and the intermediate form of macular degeneration, however.

Lutein is found in eggs and dark leafy vegetables including broccoli, kale and spinach, Bernstein said. Zeaxanthin is harder to find in the diet, he said, but you can get it from corn, orange peppers and goji berries.

Wu noted that both lutein and zeaxanthin concentrate in the macula, where they are thought to protect it from damage from oxygen and light.

Bernstein cautioned that the study has some weaknesses. It’s based on people’s recollections of their diets, he said, and doesn’t examine the levels of the carotenoids that actually made it into their bodies and eyes. Still, he praised the research.

Would carotenoid supplements help? Bernstein said he often recommends nutritional supplements to people with intermediate and advanced forms of macular degeneration, but it’s not proven if they’ll help people who may be at risk for the condition.

However, he said, a diet high in fruits and vegetables is important, especially colorful vegetables. Consume several servings a day, he advised.

“The people who are only consuming two servings a day are the ones we worry about,” Bernstein said.